Panzerdog is developing an innovative mobile shooter Tacticool. This is an isometric competitive game with 1-minute long 5vs5 matches blending on-foot and vehicular combat. The online shooter has physics, destruction and simplified controls.

Previously, Panzerdog has already raised pre-seed investment from Aii Capital, Finnish family investment company owned by Pekka A. Viljakainen, a famous tech entrepreneur. The fund financed early stages of the development of Tacticool, 5vs5 third-person mobile shooter. The game is free-to-play and is currently in Closed Beta on iOS and Android. Soft launch is planned in November, 2017.

The received seed funding from Mail.Ru Games Ventures will allow Panzerdog to finish the development of Tacticool and to enter an international market later on. Mail.Ru Games Ventures will also provide a partner with all-round support, access to its internal resources and services, and other advantages that help Panzerdog boost the successful development of Tacticool.

"Mail.Ru Games Ventures is one of a few “smart investors” that provide developers with its expertise and its network of experts that game studios need to develop their projects faster than they could by themselves. We are proud to be the first partner of MRGV. This cooperation will help us introduce high-quality game with new experience for competitive action gamers on mobile,” said Alexey Sazonov, Panzerdog’s CEO.

“Mobile games are the main driver of the game market’s growth around the globe and, in particular, in Russia. As mobile devices evolve, game developers have more opportunities for experimental gameplay and mechanics. Mail.Ru Games Ventures is looking for the most ambitious and out-of-the-box ideas how to make mobile games even more entertaining. Our division has considered about 500 applications and is glad to establish an agreement with Panzerdog. This experienced team is developing a promising shooter. We believe that both Mail.Ru Group and Panzerdog will benefit from this partnership,” said Ilya Karpinsky, Director of Mail.Ru Games Ventures.

Mail.Ru Group's Games Business Unit is the leader in the Eastern European online entertainment market, and the largest Russian developer of mobile and massively multiplayer online games in Russian and the global market. The company’s portfolio includes such games as Warface, Armored Warfare, Skyforge, Perfect World, etc. with the total audience of more than 100 million users all over the world. In FY 2016 on a pro forma basis the company’s MMO games revenue grew 21.2% Y-o-Y to RUR 11,390 million. 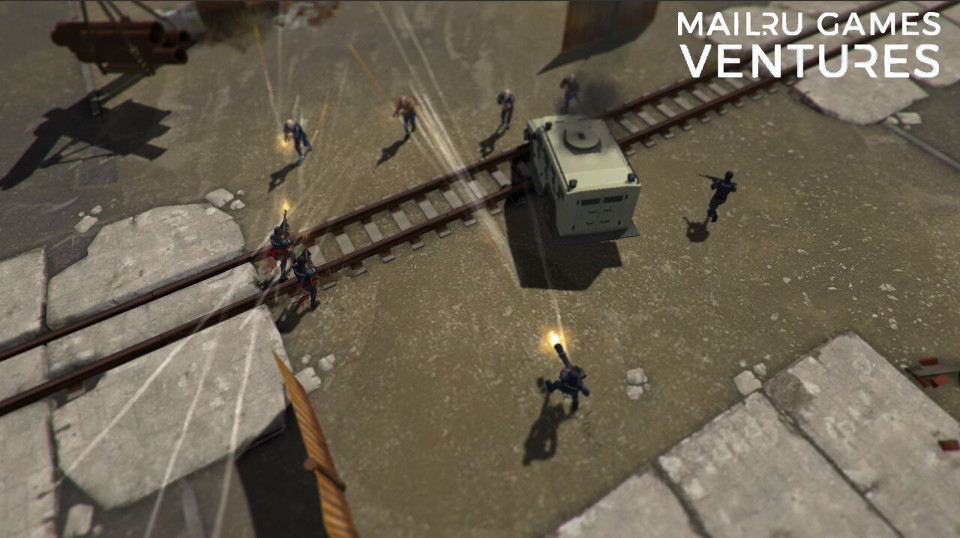 Mail.Ru Games Ventures is the new games investment division set up by Mail.Ru Group, leading company of the Eastern European online entertainment market. The division proposes up to $100 mln of potential funding for games and game developers over the long term. $10 million has already been allocated for the first deals.  MRGV will be financing accomplished game studios and publishers that need funding for scaling, as well as young game developers. To ensure that cooperation benefits every type of partner, it will employ a variety of investment strategies, including royalty investments and M&A.

Panzerdog is Finnish-Russian mobile game startup. The studio was founded in 2016. Incorporated and headquartered in Helsinki. Besides, the company has production offices in two Russian cities — Kaliningrad and Tomsk. Panzerdog employs 14 experienced game developers with 10 years in the industry on average. Tacticool is the first game of the company. Among past projects of Panzerdog’s employees is Warhammer 40,000: Space Wolf, the game with Apple Editor's Choice, Best of Year and other awards. In 2017 Panzerdog went through the Startup Sauna, a leading startup accelerator in Nordics.