VK, one of the most popular social networks in the world, shares the results of VK Fest 2020. Held during the social distancing period, the seven-day online festival became the most popular event of its format in 2020. People from every European country, as well as USA, New Zealand, Japan, Australia and North Korea, watched the live stream. A total of 41million people from 203 different countries tuned in. The live stream hit 280 million views.

VK Fest is the largest urban open-air festival in Russia and has taken place in Saint Petersburg every year since 2015. Around 100,000 people visited it last year. This year, VK has been following the pandemic situation closely and decided to change the usual format of the festival as to not endanger the health of festival-goers. The event, unique in terms of its magnitude and program, took place from 15 to 21 May. The VK Fest 2020 live stream was available free to all VK users.

This year, over 100 celebrity guests took part in the festival, which featured international artists, such as Hurts, Yungbludand Steve Aoki, as well as some of the most popular musicians in Russia and Eastern Europe, including Noize MC, Dima Bilan, Sergey Lazarev, BrainStorm and many others. Users were actively watching and discussing the festival, leaving 2.6million comments on the live stream. Viewers left over 2.2 million likes and shared their impressions of the festival with their friends, making 405 thousand posts with the hashtag #vkfest2020.

The VK Fest program consisted of 4 main blocks: musical performances; interviews with the most popular celebrities in the CIS; a special stand-up show, put on by one of the most popular TV channels in Russia; and interactive contests for viewers from VK and VK Fest partners. 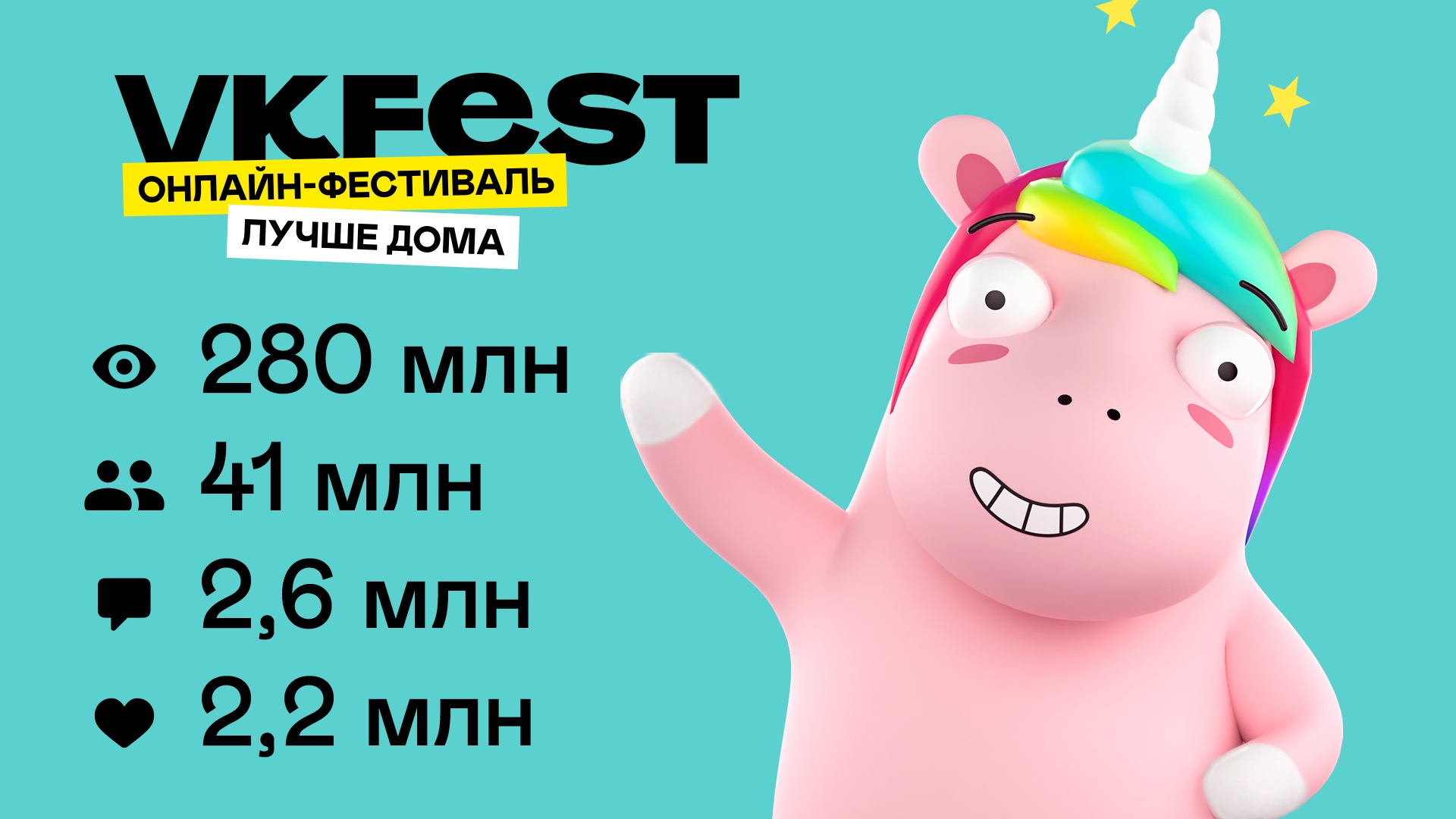 During the festival, VK also hosted a charitable event. Users were able to donate money to nonprofit organizations by sending friends virtual gifts with the festival’s symbol. Together with donations from the VK Team, a total of 2.1 million rubles ($29,500 or €27,200) was raised. This money will be donated to the AdVita and Ne Naprasno charities, which help hospitals deal with the coronavirus outbreak, as well as the Nasiliu Net center, which provides psychological and legal aid to victims of domestic abuse.

Users could follow announcements of artists, celebrity guests and activities in the official VK Fest community(vk.com/fest).

VK is the most popular social network and messenger in the CIS as well as the first super app in Russia. 97 million people use the platform monthly, exchanging 10 billion messages and viewing 9 billion posts a day.

VK unites millions of people, introduces them to interesting content, helps them share their creativity and creates new business opportunities. VK’s mission is to connect people, services and companies by creating simple and convenient communication tools.

VK is also one of the most famous and cutting-edge technology companies in Russia. VK’s largest data center, ITSVA, is one of the most modern in Eastern Europe. However, the social network’s main resource is its talented employees: winners of international olympiads, developers with many years of experience and young specialists with fresh perspectives.